The Bubble Effect by Eric Burnham 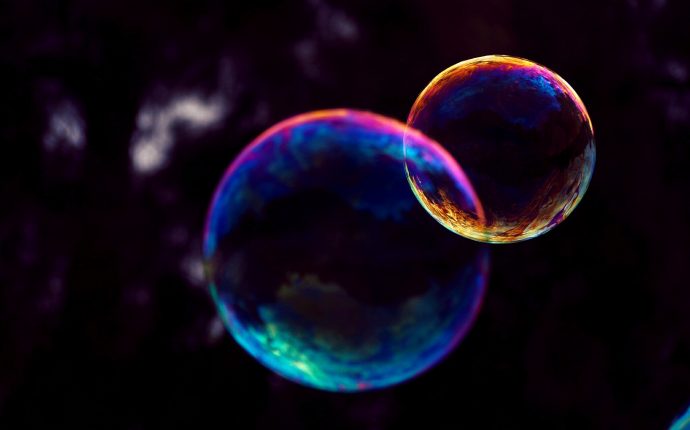 The United States of America, land of the free and home of the brave, often feels more like the land of the isolated and home of the cowardly tweet. We are more divided than at any point in my lifetime. It seems to be more than a mere lack of unity as an expression of national boredom. No, society is increasingly fragmented in deeper, more complex ways than at any point since the Civil Rights Era. Social structures quake as spreading fissures splinter national identity along lines of race, gender, sexual orientation, political ideology, educational background, socioeconomic class, and even traditions. The resulting fiefdoms are profoundly fragile as individual identities overlap, causing tension within.

Sure, these have always been sticking points of disharmony to varying degrees. In fact, one could convincingly argue the stress created by pluralistic differences has been the thread used to stitch together the very fabric of social progress in the United States since the beginning. Conflicts emerged in opposition to oppression, racism, sexism, worker’s rights, and competition for limited resources. And we are — or should be — proud of those conflicts, for they symbolize hard-won victories of the human spirit and goodness, and, yes, social justice. However, it has been quite some time since we have witnessed the level of vitriolic rhetoric, hatred, and vengeance seen so regularly today. It has also been quite some time since we celebrated together how far we have come in under 250 years. And as a consequence, Americans are retreating into their own private worlds, increasingly detached from those who are unlike themselves.

Individualism and the subsequent stratification of society has always shaped Western culture, and contemporary times are no different. But in years past, the concept of life in a bubble was reserved for the elites. In that regard, times have indeed changed. To be sure, in many ways the post-modern aristocracy is much like its pre-Enlightenment cousin. The nobility, although a mostly elected ruling class today, operates within the power structures of a bloated government while continuing to take orders from the clergy. Only today’s bishops serve the Church of Money and Fame, for who could argue that the deification of the dollar has not shaped current social and political realities? Yet, the peasantry, the rest of us who do the majority of the working and buying and living and dying in this country, have only recently gained access to life in the bubble. We used to be excluded from that paradise.

Everyday Americans are now born in a bubble structured by the ubiquity of technology. Many do not know anything else. All their needs are met within. They need not communicate with outsiders — news, education, and even general services are all consumed from preferred outlets that reinforce distinctions of worldview. The very dissemination of information, bought and sold to be sure, is a process of encoding ideas into the differential vernaculars within the different types of social bubbles. Ideas like privilege, racism, diversity, nationalism, and history, along with many others, mean one thing in one bubble and something completely different in another, galvanizing disconnections.

A tornado of money and technology has left in its wake a barren environment in which people with fascinating and profound differences surround each other, yet the politics of identity keep them from being able to acknowledge any level of similarity or sameness of experience. And the commodification of victimhood has made enemies of good people by normalizing a race to the top of Mt. Marginalization in an effort to secure the most cultural capital, decreasing social stability in the process.

Anger and rage are the most popular currency, the only communication between bubbles. The objective is to deplatform, silence, and destroy the opposition. Purveyors of thoughts, words, or ideas that do not perfectly align with every intersection of perceived injury, oppression, or objectification are banished from their bubbles. No discussion takes place, no reciprocation within a marketplace of ideas. Dissension is received as a personal attack, violence against the sanctity of the bubble, and therefore, must be punished. Nothing is sacred. Even humor is constrained, forced to pay the toll of scrutiny to the self-appointed arbiters of bubble culture — they stand at the gate armed and ready to defend against nonconformity.

Our bubbles started out as safe spaces, the environments where we could decompress and allow the anxiety of living in this hateful world to settle. They have now become prisons, holding us hostage, insulating us from those competing ideas that would expose the flaws in our own. That safety has crippled us, stolen authentic emotional experience and replaced it with a kind of manufactured emotion that has systematically removed empathy, concern, and compassion for those unlike ourselves, those who reside in different bubbles. Legitimate attempts to understand, even to love and accept those who are different than us or to bear the weight of their struggles or even to allow them to understand us is far too risky. Real love is too messy, and the fear of rejection from our own kind too real, so we hide away from uncomfortable realities, too afraid to be vulnerable. After all, our own bubbles are strange enough. But doesn’t this bubble effect feel somehow wrong? It does to me.