Have you ever been refused access to use the toilet? I mean without being held in a hostage situation like a bank robbery or a kidnapping. A very rare event. But even victims of those circumstances report receiving these basic humanitarian necessities. But not the victims of the white shirts of the Florida department of corrections.

These ”white shirts” as they are known, are any rank higher than a sergeant. Lieutenant, captain, major, colonel. Objectively, taking into account that there are people in the white shirts, and, at least ostensibly, they have reached a level of reasoning commensurate with the decisions they are required to make in order to maintain an already extremely stressed population of men, some of these folks still haven’t acquired the skill set to rationally make decisions to correct behaviors that are considered incorrect.

A description is needed here. In all prisons there are count times. Generally, the stock in these human warehouses are inventoried around five times during the waking hours of a day. The last waking count is known as a master roster count. We are allotted a ten or so minute regrouping period to retreat to our bunks for the count. This really seems like a never ending process some days. A couple of nights ago there was apparently a staff shortage and the white shirt on duty was in the dorm for count. I’m not sure that this particular night was one that required an extra minute to settle but all of a sudden the white shirt was screaming her lungs out, threatening to ”lock-up” not any offenders of her directives, but the neighbors of said offenders. Now remember that a lot of these men are here because they are unable to follow rules in the first place. So under a storm of vitriolic invectives these men are supposed to police each other. The end result could have very easily been a violent confrontation between any number of men — especially after the white shirt declared that we couldn’t use the toilets. Some tyrannical prison guards inflict this particular brand of power-wielding on their wards — either as in this case punishment for some perceived breach of their authority, or as a standard ‘I can do whatever the hell I want.’ At any rate, it can’t be healthy to keep someone from using the toilet. I would even suggest it falls under cruel and unusual punishment. But what I find even more striking is the perceived need to scream and yell threats of even harsher punishment for simple infractions at men who are already dealing with an almost impossible living condition.

According to the officer’s code of conduct, Fla. Administrative Code CH.33-208, this primitive coercive form of communication is strictly prohibited. As with primarily every other section of this code there is zero accountability. The ”professionals” are not held to their own standards of conduct, and yet, the wards are held to a heightened standard of not only their own conduct, but apparently the next man’s conduct as well.

The questions remain the same, ”Do you want your neighborhoods, your families and your loved ones to be safer? Do you want your incarcerated family and loved ones to reenter society better equipped to be a productive member of your community?” Our current modality of incarceration and non-accountability of the incarcerator will never achieve correction.

Much peace and love 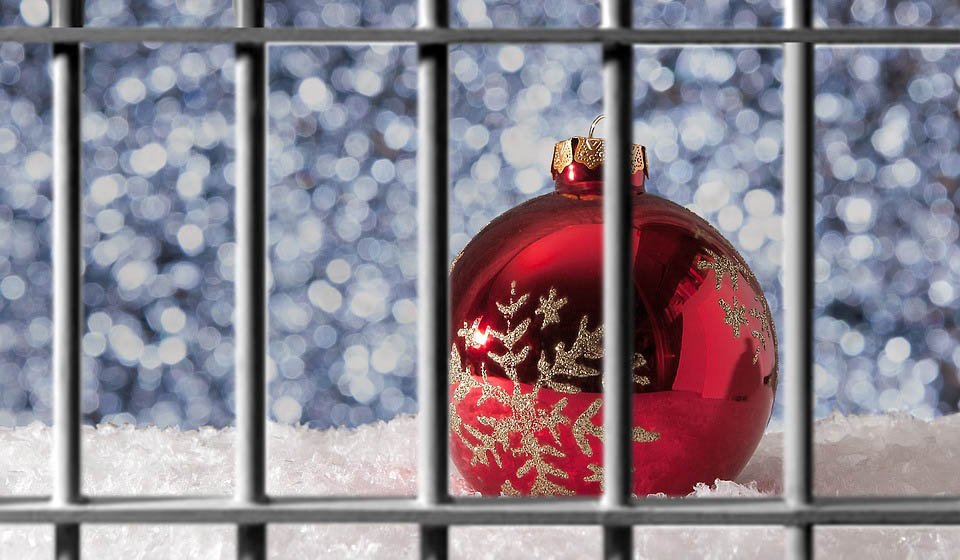 Christmas in prison by Derrick Martin-Armstead

Christmas in prison is depressing. One can only imagine that it’s a depressing place in general. Due to covid we have not seen our families or friends in over seven months. We have lost many privileges due to this pandemic. Even though the only way we can be infected with this virus is by correctional officers and staff bringing it in, and coming into contact with us inmates. The department has used this virus as a weapon instead of a safety measure.

On the morning of Christmas, myself and other inmates decided to pass out cookies and hot chocolate to our fellow, less fortunate inmates, who have become more like family then anything as we quarantine together, eat together and go thru this pandemic together.

At 6:30 am The Sgt came running into the unit ordering that we stop immediately and yelled unpleasant things about the Christmas cheer. This ordeal lasted at best 5 minutes less than it takes us to pick up our meals in the kitchen, or line up for pill line or even working in correction industries both commissary and laundry. Both large money-makers for the Department of Corrections.

There were many of these holiday giveaways at Twin Rivers, but now I will be singled out and infracted for this. After being yelled at by the Sgt and reprimanded for these actions, “I don’t care about your lawsuits, you are completely out of line for this!”

At 29 years old, being nearly done with my 16 year sentence, I can say I have learned how to be human, how to love, and most importantly the joy one feels to help his fellow human being out. If in fact I receive a negative infraction… I know that I came a long way from the young 16 year-old thug that didn’t care about human life, much less if someone felt some Christmas cheer. I am guilty of bringing some love in this terrible pandemic, in the form of duplex creme cookies and lukewarm hot chocolate to the 90 inmates in A unit.