Our loved one, their ward 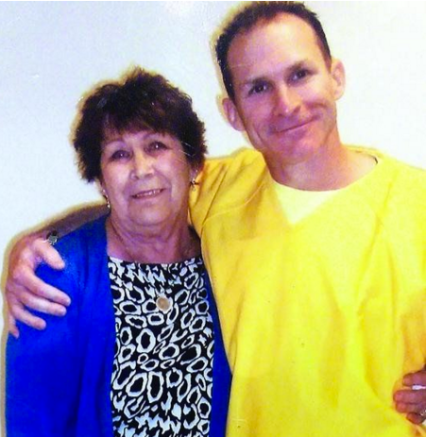 Donna and her son Chuck Coma

On February 27, 2016, I received a devastating phone call from my mom. My mom is almost 74 and was diagnosed with metastatic bone cancer about a year ago.  It has been a tough road for her.  I could hear my mom’s voice crack when she informed me that my brother, Charles Coma, was involved in a incident at the Lewisburg Federal Prison in Pennsylvania.

My brother, also known as Chuck, is a Desert Storm veteran who was diagnosed with 100% disability due to post traumatic stress disorder. Because he never received the proper treatment, he made poor decisions and one of them was robbing a bank which landed him in a federal prison.

Mom told me that they did not expect my brother to survive. My heart dropped. Was this a nightmare? If so, I desperately needed to wake up. She said a chaplain from the prison called and told her. The chaplain refused to tell her anything else and said on Monday we would be told more. The devastation in my mom’s voice was painful to hear. To be told that your child may not make it is any mother’s worst fear. Over the weekend, my family called to tried to get answers but no answers came. So we waited… our fears were overwhelming. To inform a family that someone they love may die and then make them wait without any updated information was immoral, uncompassionate, and apathetic.  That act alone let me know what type of facility we were dealing with.

When Monday finally arrived, I was so angry. No phone call came. We finally called them.  We talked to my brother’s counselor. He told us that Friday night Chuck was found with no heart beat so he was moved to an off campus medical facility. He refused to tell us what happened. I said my mother is my brother’s power of attorney; therefore, under the law if my brother is incapacitated, she would make all of his decisions and you have to tell her what happened. He said that he did not. He claimed that Chuck is their ward and they will make all of his decisions.