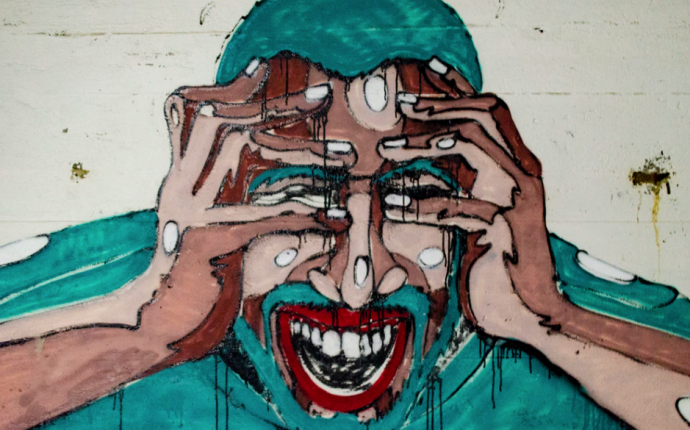 This past week came with one of the biggest shocks of my fifteen years of incarceration. My unit (‘incentive housing’ with extra privileges for those of us who have exhibited at least 18 months of clear conduct) was inspected by the administration. We had been duly warned not to have any extra clothing or bedding when they come lest we be removed to another unit immediately. Such a move would force us to give up all of our luxuries such as all-day phone access, microwaves, access to hot water to heat up canteen food items, soda vending machine, etc. I’ve completed all 15 of my years of incarceration without receiving a single write-up. In other words, I know how to follow the rules, so when they warned us, I was already in compliance.They came last Thursday, as promised, and began tossing extra clothing from people’s cells. I knew all those in violation would be removed from the unit. I’m thinking, “Why would they still have extra clothing?! They knew they were coming!” Then they got to my cell and tossed out a sheet, “Oh no,” I thought. “They got my cellie’s extra sheet at the base of his bunk” (he’s on the bottom). At that point I was worried I would lose my cellie and be forced to play the “cellie lottery” where we have no idea who they’re going to put in our cells. After all the dust settled, they moved 40 guys that very night!The next day we all knew it still wasn’t over because we’d heard they were coming to move 11-20 more! I thought this was strange because why would there be a question as to how many would be moving? If you’re in violation, you’re in violation. I came back from work at 10:00 am and asked the officer to pop my door. He said, with a list in his hand, “Are you A or B bunk?” I started worrying about my cellie, but I answered, “I’m A bunk.” He delivered the devastating blow: “You’re moving!” Shocked, incredulous, and staggered, I responded, “What? How? I didn’t even do anything. They took nothing from me.” He gave the typical contrived response most do in that situation: “I’m just doing what I’m instructed per the captain. I need you to start packing.”Deflated and dejected, I packed and headed to another unit for the first time in the five years I’ve been here. No one cared to hear my claim of being innocent of this infraction. The administration needed ‘examples’ to send their message that they would no longer tolerate rule breakers, so anyone would do. All attempts made by my now former cellie to set the record straight by taking ownership for the confiscated sheet were met with apathy. A meeting was held by the administration, and a 90-day ban for returning to the unit was implemented for all 56 of us who were banished – guilty or not.Needless to say, it’s been a huge adjustment for me. Everything from when I can use the phone, get hot water to cook, to even when I can get a shower, has changed. Through this ordeal I have felt wronged, indignant, and helpless. But after the initial shock and adjustment took hold, my true character, mettle, and resiliency kicked in.In considering what has happened to me and putting it into its proper perspective, I accept it as something I have no control over. In doing that, I choose to not allow it to consume my thoughts or drain my energy. Instead, I consider it an opportunity to test my ability to adapt to and handle unexpected adversity well and appropriately. How often do we blow up, make rash decisions, and create mountains out of mole hills when sudden hardships afflict us? Then we reflect on it later and inevitably regret reacting the way we did. Too late.Another aspect I have considered is that this is preparing me for my eventual release. Things will happen in life that I have no control over, but how will I cope when they do? If I can’t handle being moved to an uncomfortable unit in prison, I am in for a world of hurt when I get out because so much more can and will happen that will upset me. This is a mini-test, and after a week now to reflect, ponder, and respond, I feel I would earn a solid B from my instructor.The moral of this short illustration is, we always have a choice in how we respond to life’s unexpected challenges. If we only focus only on the undesirable aspects in front of us, we miss the hidden opportunities to use them for growth in character, and resiliency that can only help us better face other life challenges that will surely come. The goal is, therefore, not to react to negative life challenges but to respond. Responding requires a change in how we view these circumstances in the first place, seeing them as opportunities rather than obstacles.