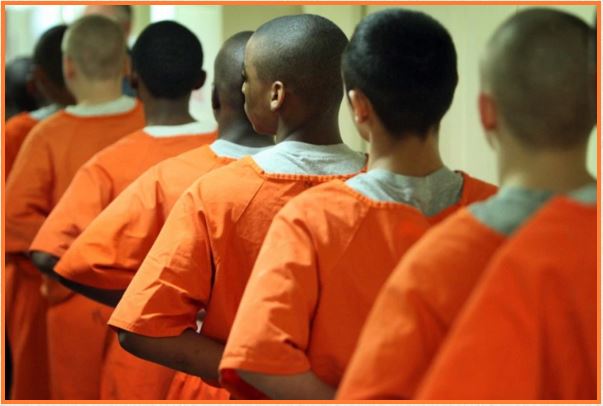 No mother or father would ever expect their child to go to prison. Mine didn’t. First off, people need to know exactly how easy it is for people to go to prison these days.

In Oregon, Theft-1 (stealing something from $50 – $100) is punishable by up to 24 months in prison. Depending on your record and Oregon’s Measure 11 fiasco, it could ruin the rest of your life.

I was 19 years old and had never been in trouble before, and made a terrible mistake. Robbery-1. In dealing with our justice system, I was extorted, shamed, humiliated; and received a 15-year prison sentence as a first-time offender.

This story isn’t only about me; I’m just an example of many other similar cases. I’m using my voice to reach anyone who is willing to listen. The notion of justice in this country is a joke. The prosecutors are more interested in another conviction, another notch in their “Win” column, than they are in justice. Instead of spending resources to develop and provide programs to youth that would keep them out of the system, we send them to prison and spend tax dollars to warehouse them.

The things that I’ve seen are horrible. Young kids pressured into joining prison gangs for fear of the unknown, extorted for seeming weak, or even killed for something as trivial as a watch.

Being raised by the state forever changes a young person’s thought process and outlook on life – which is evidenced by his or her return – two, three, and four times – to prison.

The worst crime is what we are doing to our youth. Prison changes a person, especially a young person. Think of a young man or woman charged with driving with a suspended licence, or petty assault, and sentenced to 18 months in prison. Who does that help? What often happens is after release that young person ends up back in prison for something else – because that’s all they know.

← Prev: Review of Marlon James's A Brief History of Seven Killings Next: Review of Man's Search For Meaning by Viktor E. Frankl →

Hi everyone. My name is Bobby Bostic. Look me up to learn about my story. I came to prison at 16 years old for robbery...

Out of Sight – Out of Mind

Photo by Boudewijn Huysmans on Unsplash There are many ideas of what it is like to be incarcerated. I have often heard...