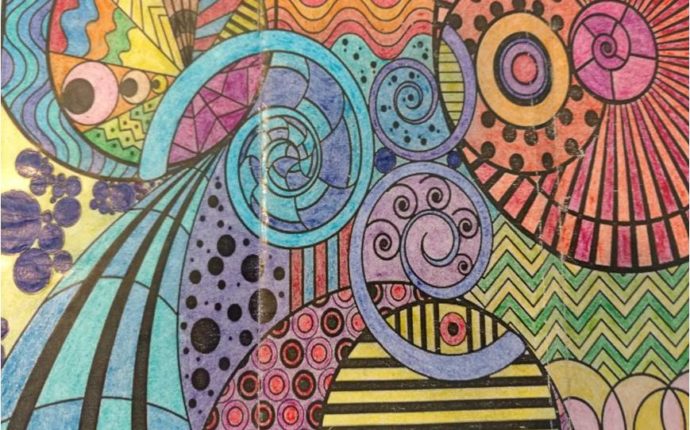 Although this sounds like a parody from weird Al Yankovic of a famous Tom Petty song, it really is, by definition, criminal behavior perpetuated by prison and jail guards worldwide.

I’ve used the comparison of seeing your child, while playing with another, strike their playmate — and then as punishment, you spank or strike the offending tyke. I think that most rational people would view this as a negative feeding a negative. You cannot draw something positive from a negative. The message to your little one is not that it’s okay to hit in certain situations, it is more apt to be black and white. It’s okay for someone bigger to hit someone smaller.

It applies not just to small humans because — even though our thinking process matures as we grow — there are basic universal laws which cannot be adjusted according to the whims of humankind. That being said, there is only one logical outcome of producing an environment that is not only negative in context, but petty in execution.

Let me define the term shakedown for those who aren’t familiar. It is a search of property for contraband. Now, picture if you can a structure more impervious than an ancient castle, combined with Fort Knox and The White House. The  — we’ll call them residents — do not have physical contact with anybody except those who conduct the shakedowns. It ain’t rocket science to figure out how contraband gets into jails and prisons. But that’s not the focus of this essay. The law enforcement mentality places an assumption of guilt on the inmates, and a superiority complex on the administration. It appears that the main objective is to punish those who are in their custody and control. At every turn, most officials do whatever they can to dehumanize the prisoners. Shakedowns are a primary vehicle for that, and are routinely performed by 20 or more officers charging into the dorm in the wee hours of the morning, turning the area into a stadium of bright lights, screaming at the top of their lungs to agitate the prisoners, just in case they were able to fall asleep on the slab of metal called a bunk.

You would think that with all this effort the haul would be everything from weapons of mass destruction to sophisticated communications devices. I’m not saying that it never happens that a cell phone or a plastic bag with homemade wine is found, but it is the exception. The big score this last siege produced was some fingernail clippers that had apparently found their way into my legal work upon transferring from prison to county jail for some hearings. Had it not been for the incompetence of the officers performing the intake, the nail clippers that inadvertently ended up at the bottom of a very full file would have not made it to the dorm in the first place.

It goes to a whole new level of petty when generally all that is harvested from these maneuvers of dehumanization is some extra sheets and a plastic bag being used to keep a t-shirt clean so when you appear in court you can present yourself as somewhat human. But the level of psychological warfare is evidenced by the seizure of items as benign as a rubber band holding some notes in an address book, or a paper clip keeping things organized – which is most difficult considering all the confusing rules for adhering to legal procedures in the first place.

But there’s more. If you happen to be fortunate enough to be able to purchase a bowl and lid from commissary and it is found with food in it, they will dump the food and have sometimes been known to break the bowl itself. God forbid you save some bread from your tray for the peanut butter and jelly you purchased from commissary. It’s another tactic to dehumanize and punish. This is in a county jail where most are pre-trial detainees who have not even been convicted of a crime.

I have personally seen guards slinging property and legal documents everywhere and squirting toothpaste onto it as it lies in the sink/toilet, smashing purchased food, leaving what semblance of order you may have had in shambles. A pile of trash. The purpose of this of course is to remind you who has all the power. Who cares if it perpetuates and reinforces the negative energy that brings people to prison? This is the oxymoron of the department of corrections. The staff, being undereducated, falls prey to the big brother mentality while continuing less than ethical or professional behavior by retaliation through shake downs. Prisoners have very little, and there is comfort in having a few personal effects around them. It helps to maintain some sanity. Until bang!  Everybody up, we need to see if you have any of the contraband that our fellow officers are smuggling in! If it weren’t so annoying, it would be laughable. So every night, you go to sleep wondering if this will be your night. Until you make up your mind to detach from it. That’s a measure of success.

I read that in the 1930s, law enforcement were running amok and instead of arresting those involved in criminal activity, they would just shake them down, taking whatever they wanted, and many across the country were arrested and imprisoned. This resulted in prisoners employing the same behavior with each other on the inside. You don’t shine the light on these shakedowns and risk being called a snitch. I believe not only is there a duty to shine the light but also point the proverbial finger. These doubly negative actions will not change until we change them. That begins with personal accountability and understanding the importance of change.

Prisons may have come a long way since the 1930s but God knows there is much room for improvement. Conducting searches with some semblance of care to find contraband supplied by those who are considered the ‘good guys’ is a start to treating humans humanely – one shake down at a time.