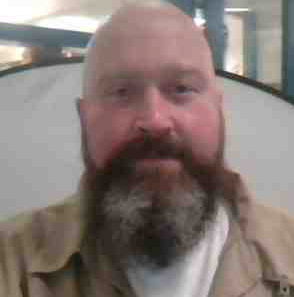 I had fallen so far from what I wanted in life that I was prepared to do anything to gain acceptance and approval. What I ended up with was 30 years in prison — having never shed a drop of blood in my life. For many, that is where the story would end, but for me — that’s where it began. I can be a good person whether I am in prison or not. The truly beautiful thing about this realization is that its true for all of us. Every man and woman incarcerated has the ability to be in prison without allowing prison to be in us. Granted, it takes courage and commitment to stand in the face of an environment as inherently negative as prison and say: I will be more than this. But we can do it.


This is an email I received from our remarkable friend Jacob, incarcerated in Washington’s Monroe Correctional Complex. Jacob is organizing an inmate fundraiser, to help us pay for our new website after we lost our funding.

Oddly, America, and I suppose humanity as a whole has a long history of allowing our diversity to cause divisiveness.

When the English first began settling here, they persecuted and slaughtered innumerable Native Americans. Then as more Europeans came, the divisiveness continued as the Irish, German, Italian and others were designated as less than because they were different.

The era of slavery, which many of us (myself included) imagine as ending after the civil war, took on many more sinister faces.

One startling example is the Black Codes, which were enacted by the southern states post war, and required freed “blacks” to have a written verification of employment every year, else they were arrested for vagrancy, and rented out to the highest labor contractor. Then, since they were not slaves which required food and health to be useful, they would work them to death, or beat them brutally and leave them to die.

This provoked the Reconstruction Era, and brought about the 13th, 14th, and 15th Amendments to our constitution.

However, the horrors persisted through the 1960’s when the civil rights movement gave a minor reprieve… Which brought about the creation of our modern prison industrial complex. Devastation to communities torn asunder by the incarceration of their (for the most part) men, fatherless children, families without providers…and then the return of men damaged beyond repair by their incarceration experience. Men who further burdened their communities by the cruelty they often had to embrace in order to survive inside.

Our diversity in here has caused divisiveness, historically. Whites v Blacks, Latino v Latino…and all of us against the guards, as well as society.

We are all human. We are all citizens of America. We all matter. We all have much more in common than we do differences.

Yes, my dear friend, you and I know this truth, but how do we get that message to the people that do not know?

When I get out, I intend to do public speaking and one of my key goals will be to raise awareness about the continued value of every man, woman, and child. Free or incarcerated.