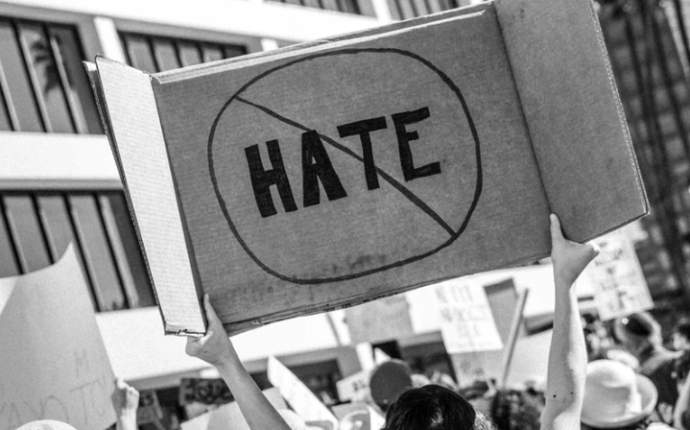 These days people can be quick to tell you what’s wrong with our society, and we all have canned solutions to almost every problem — just add water and simmer for 15 minutes… problem solved. I do it myself all the time. Give me a half-an-hour, and I can tell you how to solve healthcare, poverty, mass incarceration, you name it, and I have no doubt you have some good ideas yourself. But being passionate in the abstract is easy. What counts is how we deal with them when we actually are blessed with the opportunity to do something real.

See, doing something about the seemingly insignificant injustices we encounter in our immediate environment is risky, and therefore … more difficult. Affecting change universally brings negative blowback, whether from skeptical friends, ignorant or frightened colleagues, or the generally unforgiving social environment. However, the question for all of us echos throughout time: Do the changes we seek in our country matter more than any potential repercussions we may experience as a result of a decision to challenge the injustices we see? And if the answer is no, then stop telling people what’s wrong with the world. The opinions of those unwilling to change the world when given the platform and opportunity are like the sound of flatulence — humorous at best, but generally disgusting, unless of course, they’re your own.

Let me give you an example. This prior week, I was at work when another inmate, a young, black man and co-worker, asked me for advice. He then described a situation that made him uncomfortable (and me somewhat angry): One of his supervisors, who is not incarcerated, made an inappropriate and racist comment to him, framed as a joke, but in front of several other guys of all races. He explained that the comment not only perturbed him because of its inaccuracy and stereotyped underpinnings, but also made his job more difficult because he still was required to work with all those who heard it.

I gave him what I thought was sound advice. I encouraged him to speak with a staff member I know to be generally receptive and sensitive to issues like this. However, the person whom I thought would be willing to stand up against racism … simply wasn’t. The staff member described feeling uneasy about disrespecting the other staff member (the one who made the racist comment) by getting involved. In fact, in this meeting the young man was actually accused of a prior lack of professionalism, implicitly suggesting he somehow deserved the racist comment. Basically, the young black man was told to go to someone else if he wanted help, which saddened me, but I’m not naive about the prison environment.

Yet, I can’t help but find it disheartening. Picture a dog kennel, rows of dogs in cages and several dog handlers performing the duties of their jobs, feeding, cleaning, and otherwise caring for the animals. If one dog handler were verbally abusing one of the dogs, the other handlers would not hesitate to speak up. But incarcerated human beings apparently are often not as worthy of advocacy as dogs. Unfortunately, the very concept of rehabilitation will remain a farce until the men and women in prison are viewed and treated as human beings with inherent dignity and worthy of respect, regardless of their past mistakes, and dealt with as people who will one day return to the community.

I could allow myself to feel depressed and wallow in the injustice of it all, but I’m very mindful of the fact that I put myself here. I’m not the victim; I’ve hurt a lot of people. But even still, I can learn from those unwilling to use their power and platform to make positive change when called upon by the powers of fate.

The same night I experienced that unfortunate situation at work, I saw a gay kid being picked on by someone I know. I thought of what I witnessed at work as an example of what not to do, so I stepped in to stand up for the kid. Sure I took a little heat, and I’m sure it won’t be the last time that kid is picked on. And I certainly can’t be there for him everytime he has a problem. But I was able to help him that time. I did the right thing because I could, even though doing the right thing ain’t easy. But changing the world will never be easy, even if we all pitch in, which clearly … we don’t.