Additional Contributors , Boundless in the Midwest

Not proper grammar, to be sure, but this was the response I sent Melissa when I got the news. The feeling I had was one of pure elation. It was as close to having a religious experience as I have had in a decade – so much so, that my total outlook since that day has only been positive. I have learned to feel joy again, to embrace hope.

In this current climate, it seems that good news, real good news, just doesn’t happen that often. I asked myself why, pondered the possible answers, and then asked myself why not? When I was a free man the only person who was truly responsible for my happiness was me. Oh sure other people could influence me and my moods but in the end it was my choice to be happy or not happy.

What adoption means is simply making a pledge, a commitment, to correspond with an inmate by snail mail or e-mail. You can give hope to someone who has lost faith in human compassion — to somebody who most likely has lost everyone they ever loved or cared about.

Everything about prison slowly strips your humanity away. Everything about prison teaches you not to trust anyone. It is a vicious cycle that turns men who made a mistake into career criminals and some men into worse. The average inmates I know developed an inferiority complex and began to resent society as a whole. We miss the real world so much that it turns into frustration and helplessness. All it takes to stop the trend is an angel with a few minutes to spare each month.

For many of us, it is as if time has stopped and we are trapped in a bubble. For me every day was February 12, 2012. I was broken until Mrs. C adopted me.

On April 7th, 2018, I received a polite, well-written e-mail from a complete stranger. It was short and to the point, but for me, a total stranger was treating me with respect. What? I had forgotten what it felt like to be treated like this. Mrs. C ended the e-mail with “All my best.” I was in shock. Later that day I received a second e-mail, and again Mrs. C was polite. She wrote me as if I were a long-lost friend who had merely lost contact with her, or so it felt. After I finally came out of shock, I was sure it was a mistake.

The following day I received an e-mail from Melissa from Adopt an Inmate, telling me I had been adopted by Mrs. C. It was after I reread that email for the fourth or fifth time that I realized the too-good-to-be-true woman who was treating me like a real person was true. GASP. It was not a mistake. I cried over the good news, then my clock started back up, it was no longer February 12, 2012.

I will forever be grateful to Mrs. C and dedicate this article to her. We e-mail back and forth a few times a week and I feel human again.

You want to change the world for someone? It can be done. It takes only a little effort. Mrs. C agreed to contact me once a month, but has gone beyond this. Thank you Mrs. C., for being a light in my darkness.

What adopting an inmate is not. It is not a dating service. It is not putting money on phone or commissary account or paying for a food box. You are not being asked to do anything more than treat a human humanely. You really can change the world by corresponding with one person.

You can talk about the weather, what famous movies were filmed near you, books, or trends. I suggest that politics and religion be avoided at all cost.

Inmates who get adopted should show respect for those who adopt them. Mrs. C is somebody I find witty and funny. I care not that she lives on the other side of the planet and I will never meet her.

A stranger has done for me what my family and friends would not.

I have once again realized that even in here, I am ultimately responsible for my own happiness. This is something my counselors have been saying for years. It took Mrs. C, her compassion, and her kindness for me to come to this conclusion on my own.

Thank you, Mrs. C., thank you, Melissa and everyone at Adopt an Inmate.

– Boundless in the Midwest

*Note: Boundless is correct, we ask for nothing beyond regular correspondance. We do have adopters who also choose to call and/or visit, put money on an inmate’s commissary account, send books or an occasional package. I have some adopters who send Christmas gifts to their adoptee’s children for Christmas or birthdays. All of these acts of kindness are appreciated, but not required.

We have a backlog right now, but with help from some dedicated volunteers we are working throught the list, and continue to welcome all requests. If you’re one of the waiting adopters – expect to hear from us soon! Feel free to email us to see where you are on the list.

When good people are complicit in the mistreatment of their charges, no matter what the excuse, they are no better than those they watch over.

The best we can do is be a light in someone’s darkness.

Boundless in the Midwest, Inmate Contributors 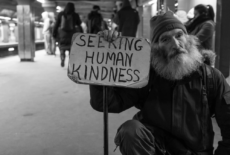 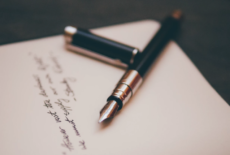 So.much.mail!!! And lots of friendships waiting to

So.much.mail!!! And lots of friendships waiting to