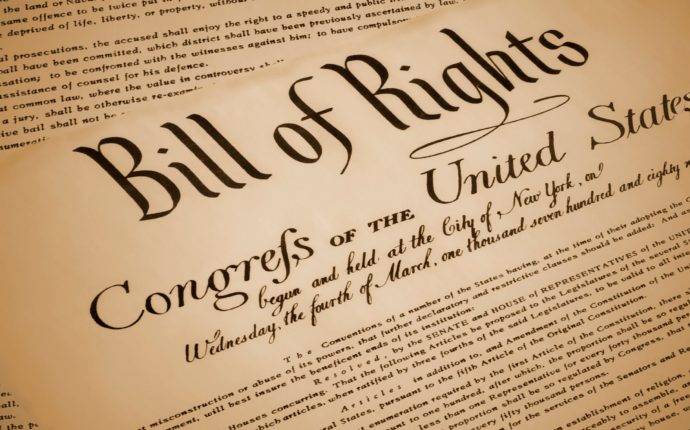 It deeply saddens me that what has become institutionalized hypocrisy is rapidly leading to the erosion of civility and free speech in this country. Opposing views are rarely debated with substance and intellectual force. They are attacked with ritual humiliation and even violence. It is truly stunning how far we’ve strayed.

The First Amendment to the United States Constitution has guaranteed the free expression of ideas:

Congress shall make no law respecting an establishment of religion, or prohibiting the free exercise thereof; or abridging the freedom of speech, or of the press; or the right of the people peaceably to assemble, and to petition the government for a redress of grievances.
— First Amendment to the U.S. Constitution

There are no established ideas that are untouchable. We are all free to think for ourselves. This uniquely American ideal has informed and shaped the culture of this country for over 240 years. Recently, it seems, this is changing. But if congress — the body of elected officials granted the power to write the laws of the nation — cannot curtail the free expression of ideas, why are we doing it to each other?

The spirit of the First Amendment holds us to a standard: I may utterly despise absolutely everything you have to say, but I will always fight for your right to say it. Unfortunately, the shifting temperament of present-day culture has forgotten how precious this privilege is in history. People groups galvanized against other people groups have turned countrymen into enemies by alienating those who think differently. Examples are legion.

Inflammatory personal attacks are increasingly poisoning our public discourse, normalizing the degradation of the human beings with which we disagree. This is fragmenting American society, resulting in opposing factions taking stands against each another.

Another example, Laura Ingraham, a commentator on Fox News, told Lebron James to “Shut up and dribble” on her show that reaches roughly 20 million people. Her statement was made in response to Lebron’s posting of a private conversation with fellow NBA star Kevin Durant in which he expressed some political views.

Long-time comedian, Roseanne Barr, was publicly vilified and subsequently fired because of an admittedly grotesque and racist tweet about an African-American woman who formerly worked in President Obama’s administration. Yet the New York Times — just last week — defended one of its reporters after several derogatory, racist, and even violent tweets against White people surfaced. President Trump has continued to normalize incendiary remarks about virtually everyone with whom he disagrees. On college campuses across the nation ideas are shouted down if they are perceived to be controversal. The list goes on.

C’mon man! We are destroying our First Amendment rights in the fog of tribalistic warfare. What seems to have escaped our culture’s grasp is that we must remain united, linked together by the core values, the shared privileges of the First Amendment — because ideas and methods of expression are inherently subjective, and in the United States, we have been granted the privilege of being able to think differently than everyone else, even to hold racist, sexist, or homophobic views if we choose, as long as we do not act on them in ways that injure others.

Personally, I despise racism, sexism, homophobia, ageism, or any other ideas that work to install an artificial hierarchy based upon race, gender, sexual orientation, age, religion, or socioeconomic background, and I appreciate substantive arguments that marginalize those views. Yet, I still hold dear the Constitution that provides the liberty, by law, to hold and to express not only abhorrent ideas like these, but also those ideas that generate honesty, equality, progress, innovation, forgiveness, and love.

Freedom of speech is not free. We must never forget that. With the freedom to express our thoughts, feelings, opinions, and ideas comes the freedom to disagree — and the responsibility to defend that freedom. We may not like what someone else has to say, but we should engage those ideas in order to change the opinions behind the words we don’t like. Even if we strongly disagree with the opinions expressed, or the venues chosen to express them, we still must stand up for the right of them to be expressed. When opposing ideas are silenced, it should make all Americans tremble, whether they are black, white, brown, man or woman, gay or straight, young or old, republican or democrat. It is precisely for times like these that the First Amendment was ratified. Throughout history we have seen what happens in societies that succumb to the pressure to silence unpopular opinions — atrocity is never far behind. What if the winds of popular culture shift, and it’s your opinion they come for next?