Letters From Prison: No Mental Health Help For Ohio Inmates 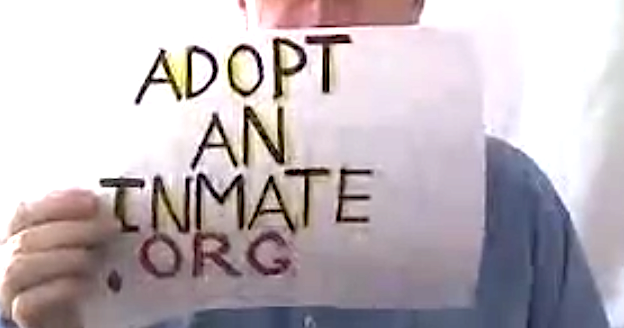 Written by Boundless in the Midwest

When good people are complicit in the mistreatment of their charges, no matter what the excuse, they are no better than those they watch over. The best we can do is be a light in someone’s darkness.


According to a report by the Treatment Advocacy Center, in 2012 the United States had 10 times more mentally ill individuals in its prisons than the amount who are treated in psychiatric hospitals (356,268 in prison, vs. 35,000 being treated in a hospital).
The unique and stressful environment created in prisons can many times actually enhance symptoms of a mental disorder and make its side effects harder to manage. Having these individuals in prison instead of a mental facility has many negative repercussions.

Below is a letter from a prisoner in Ross Correctional Institution in Ohio.

The state of Ohio has effectively gutted its Mental Health obligations in prisons and untrained and unprepared staff are left to pick up the pieces.

In November of 2014, six of the eight mental health professionals turn in their notice at Ross Correctional Institution. Three months later, the head of the Mental Health Department and five others leave. The prison does not have a plan in place to replace the much needed Mental health workers despite having 90 days notice. Many inmates are automatically kicked off of the Mental Health caseloads, not because they are stable, but because there is no one to see them.

I was one of those inmates and it took a year to get back on the Mental Health caseload. After two short visits I find myself kicked off of the caseload again because I do not have a recent suicide attempt or hunger strike. I suffer from manic depression, fugue states, and auditory hallucinations. While I do admit I need help, I do not wish to hurt myself or others at the moment. There are others here that are not so lucky.

I recently had the extreme displeasure of sharing a cell with a 58 year-old man in the grips of severe dementia.

Mike is three years into a seven year sentence. By his own admission during the times he is a able to communicate, he was a career alcoholic, smoked crack, and drew Social Security because he had severe memory issues. Mike must have staff and inmates constantly tell him when to go to a meal, when to stand, when to sit. Mike has no concept of time. He will often try to go on a pass the second he gets it. We get our passes a day before we are suppose to go. Mike will try to go to a 1:15 pm pass at 7 am. He will ask you the same question six times in ten minutes. His personal hygiene habits require him to shower two to four times a day, and he often puts the same soiled clothing back on.

When I celled with Mike, it was not uncommon for me to have to scrub the walls and floor around the toilet while he was in the shower. Mike will wolf down his food as quickly as possible and then stare at you while you try to finish yours. He has been known to lie about missing chow and then go begging for food. Sometimes people will toss him a soup only to see him wolf that down and go begging at the next table. Mike would ask me every two minutes after I turned the light off at night, “are you awake?” He will do this every two minutes for hours sometimes. He often gets angry and rude if you try to correct him. He goes to chronic care medical visits every two weeks where he is asked if he is willing to go to a camp for older inmates with issues. Mike does not believe he has any problem and that all of the inmates and guards are working together to make him look bad. Ross is not equipped to handle my issues, let alone somebody like Mike, who recently asked me when his son was going to pick him up, because he didn’t care for this hospital. Mike has a whole block trying to keep track of him. The state knows he needs to be in a different type of facility but because of the added expense, refuse to do the right thing.

I had to move out of the cell Mike was in. He is not suitable for anyone to cell with unless they want to care for a man who acts like a spoiled two year-old with potty training issues. To be honest, Mike is the kind of inmate who could die in the middle of the night due to natural causes. Nobody wants to wake up to that or spend a week in the hole while waiting for a cause of death to clear themselves. I wish Mike the best, but elsewhere.