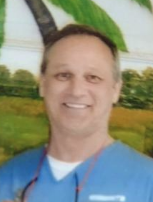 Pinellas County Florida’s Sheriff Bob Gualtieri’s complicity in creating a racial divide leading to constant strife, stress and physical fights among the prisoners at the county jail facility under his charge actually costs the taxpayers untold thousands of dollars.

Being one of those prisoners and having a firsthand account, I can tell you that if divide-and-conquer is the goal, the exorbitant costs thrown at this draconian method of imprisoning humans and leaving no hope for a second chance and the possibility of a productive life is completely unnecessary. Not to mention the fact that it is counter to any stated goal of making the community a safer place to live. When you create an environment that is in most cases worse than the one the person was plucked from, it only makes sense that the one that still exists on the streets is going to perpetuate itself. Long Live the King.

Let me cut to the chase. Jail is not a place where people are coddled. But some bureaucratic genius there at the Pinellas County Sheriff’s Office came up with the bright idea of allocating thousands of dollars for brand new 50” flat-screen TVs with remote controls. The jail pods cage inmates 24 hours a day in crowded conditions – in some cases with 6 and 7 men including the one sleeping on a plastic “boat” bunk on the floor, in a space the size of a bathroom. The most disconcerting part of that is the toilet is right in the middle of the space. But I digress.

The tensions run as high as the testosterone with the stress level being fed by practically non-existent legal help since the public defender’s sham is in complete collapse, but the fiscal hypocrisies abound. The conditions are a further detriment in an environment that already has such a negative draw on life and humanity.

Another bureaucratically genius decision was to award a huge contract to a  parasitic organization known as Trinity Services Group. Think about the implications of the play on words with a name that includes trinity in its title. This is one of the largest food service companies that feed not only from the taxpayer trough, but also from the broken families whose would-be breadwinners are imprisoned. Trinity runs the “company store,” a.k.a. commissary, charging outrageously high prices for staple items like ramen noodles at 75¢ per package, a product that retails for less than one third that cost outside the gates. The genius in that decision lies in the fact that even though the dietary intake of the prisoners is so atrocious that stray animals at the S.P.C.A. have a better nutritional plan, the officers are enticed by the fact that they get free, yes free, meals while at work. Why else work in such a degraded environment? Well, $21 per hour starting wage is not a bad perk either. Ah, but yet again I digress.

How does all this feed racial tensions and encourage criminal behavior while perpetuating anger, violence and hatred? Let’s start with the beautiful new televisions, complete with cable TV. There is a ‘survival of the fittest’ mentality in here and not because of the racially disproportionate numbers of prisoners but because idle time is the devil’s workshop. The particular pod I’m housed in has 13 whites, 5 Hispanics and 8 African Americans. Whites have an approximate average age of 50, Hispanics 30, and African Americans 38. The problem stems from who controls what. Since the officers do their checks only once every half hour (by forced issue I might add after such a high number of incidences of things like unanswered inmate medical emergencies), the bullying and juvenile acts of a small number of prisoners prevail when they control of the remote. If you don’t like it you can fight because no amount of diplomacy seems to impact this mentality and any attempts to address the issue with staff as a mediator gets you labeled a “snitch.”

The attempted solution we proposed was that control of the remote would be designated according to the existing rotating cleaning duties assigned to each inmate. But because this remedy didn’t work for a couple of people who have an incessant need for control, or maybe an inability to see things from their limited perspectives, that it has become a battlefield again.

The bullies’ excuses for holding the beautiful new 50″ flat screen television hostage come in endless torrents, but as anyone who has ever been in jail or prison knows, divide-and-conquer is the mentality that keeps separation at the forefront of inhumanity. Unfortunately, the racial divide is the most efficient method to tear at the fabric of the under-educated, unprotected and underrepresented villains of amerikan society. The most devastating component of this attack on humanity is that it works.

So I’ll leave you with this question. Is it more cost efficient to tack 50″ flat screen TVs to the walls of jails and pump already stimulation-starved minds with 75 channels of cage-fighting, NFL, and Real Housewives of…outer space, than it would be to implement some real, cohesive, educational programs designed to halt the madness of mass recidivism, racism, hatred and juvenile antics that lead to the kill-or-be-killed-for-control-of-the-television mentality?

I guess we would have to ask Pinellas County Florida’s Sheriff Bob Gualtieri, since the taxpayers don’t seem to have any say as long as the fight isn’t brought to their living rooms. Yet!