Nothing On My Table by Eric Burnham 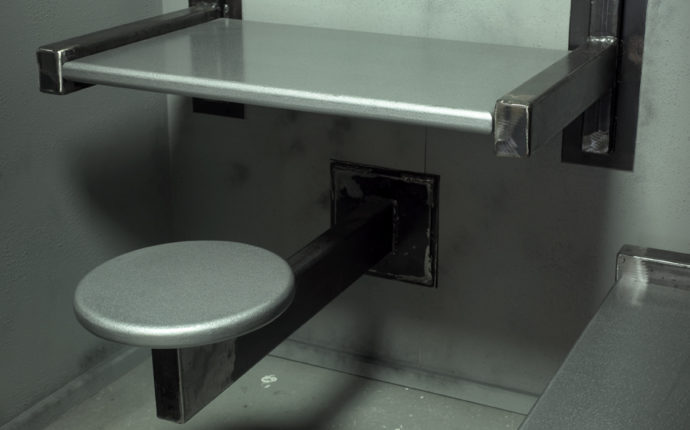 While certainly not as grossly unjust as it was prior to the 1980s, incarceration is still an incredibly dehumanizing experience, and given that people are incarcerated for years at a time, imprisonment in the United States often permanently scars a person to the point that many prisoners no longer feel like people at all.

Don’t get me wrong. I’m certainly not saying we are victims, and I’m not forming my conclusions based on the sense of entitlement that is so pervasive in American culture. It goes without saying that prison is punishment for criminal misconduct, and my actions warrant that punishment. I can accept that. I have developed into a man who can acknowledge the fact that my act of egregious violence not only cost another human being his life, but ultimately harmed everyone involved, including the victim’s family, my family, and the community at large. I am not denying that, nor am I blaming anyone else for my situation.

However, the commission of and consequences for a criminal act, especially an act of violence, doesn’t take place in a vacuum, right? I mean, in the same way that there are identifiable social and psychological ramifications for criminal activity, there are many social and psychological variables that influence and shape the reasons why a person commits a crime. Redemptive justice should look to identify and treat the highly individualized social and psychological deficits in those who engage in criminal activity in an effort to redeem the human beings behind the acts and prepare them for reintegration into society while simultaneously disciplining them with proportionate punitive measures. Unfortunately, prisons in the United States are neither redemptive nor restorative. They are overly punitive and dehumanize the already troubled human beings confined within them.

One example, a situation with which I am dealing currently is an increased emphasis on the enforcement of property rules on my unit, which is completely understandable because things have grown lax in recent years. I live on an incentive housing unit and we all had too much property stored in unauthorized places. However, the one in charge of communicating this elevated enforcement to those who run the units is less than approachable.

One day, he came to the unit after we were called to chow. We returned to chaos and intimidation — I entered my cell, and the folders I had on the table were thrown to the floor, my papers scattered, the blanket on the end of my bunk thrown to the middle, and as I surveyed the small room where I live, I could hear him threatening to move people off the unit when they simply tried to explain that this unit offers less storage space than other units. While this seems like a relatively innocuous incident, it is emblematic of a larger reality.

Another crucial aspect of being human is feeling warmth and love. The incarcerated are almost never shown warmth and love, and we rarely show it to each other. It is generally viewed as a weakness within prison culture, and the staff are trained to put on a persona that lacks any degree of warmth or compassion when dealing with us because it is believed that showing concern and warmth will reduce their authority, even though there is an argument that holds warmth would increase not only the authority and credibility of the staff, but also their safety. In an environment as cold and unfeeling as prison, it can become difficult to express warmth at all after a while. It just becomes so foreign, and if we are unaware of this dynamic, which most of us are, then it can become uncomfortable to receive it as well.

Every human being is unique and has a need to express his or her individuality, but in prison, our ability to experience and express our own individuality is limited. Communication is stifled. Staff rarely listen to or even allow us to explain our side of a given situation, believing we are trying to manipulate everything to our advantage. We are treated as if we are all the same, cattle to be exploited for profit by both the state and the private companies that do business within the prison system, rather than the unique human beings we are.

Meaning and purpose are also crucial aspects of being human. People need to feel like they matter; they need a reason to wake up, to put one foot in front of the other. The “Will to Meaning,” as Victor Frankl put it, provides the impetus for growth, the drive to become a better, more actualized person. While certainly not comparable to Frankl’s Nazi internment camp experiences, the dehumanization of contemporary incarceration still works against the will to meaning. The effects are simply more subtle and, therefore, more insidious. In fact, the prison system has no vehicle or mechanism either to express why meaning and purpose are so critical for rehabilitation or how to help the incarcerated find meaning and purpose in their lives. When humans are treated like their lives are meaningless, it becomes too easy to believe the lives of others are meaningless, too.

The punitive aspects of prison are out of balance with the stated mission of rehabilitation. Unfortunately, the current reality of the prison system is that it more often than not produces people who come out more broken than when they went in. They feel disrespected, frustrated, empty, alone, humiliated, and unloved. Academic and vocational training is limited in both scope and availability. Substance abuse or sex addiction treatment programs are literally non-existent, even though 75% of the incarcerated in Oregon are in for either a drug offense or sex crime. Although I’m not a sex offender, I was drunk when I committed an act of violence against another man, and I had a history of drug and alcohol abuse at the time.

Cognitive dissonance involves a psychological conflict resulting from incongruous beliefs and attitudes held simultaneously. The idea is that one cannot hold competing beliefs and attitudes for long — it is inevitable that a person will eventually take one position over the other. I feel like when this manager looks in the cells and sees pitchers full of ice water or colored sugary drinks, folders, books, and other evidence of human presence, it causes a psychological conflict for him because he does not view us as human. He wants no human possessions to be visible on the tables and walls — only steel and brick. He wants to see an animal in a cage, rather than a man in a room, so he reacts with venom, intimidation, and vitriolic rhetoric.

Problems of dehumanization are paradigmatic and systemic. Take for example the man in charge of pushing the elevated enforcement of property rules on my unit: It is not the enforcement of the rules that is dehumanizing. It is how he treats people as he enforces them. The lack of flexibility, nonverbal intimidation, and verbal threats reveal his cognitive dissonance regarding the incarcerated.

He is not the only one. Many administrative staff hold these views of the incarcerated, and because of the paradigm with which they do their jobs, subordinates adopt similar views, making it a systemic problem. I don’t blame them too much. I’m not sure they even understand the ripple effect they have on their world, but the consequences go far beyond themselves.

Constant dehumanization, experienced everyday in a thousand different ways over a period of years, amounts to socialization. The negative and abusive patterns of treatment during incarceration socially conditions the incarcerated to view themselves as less than human, unlovable, and undeserving of empathy, thereby reducing their capacity to empathize with those in society. In fact, gang members, sex offenders, and drug addicts who desperately want to change their lives find little in the way of guidance or counseling — when they are in that liminal space between their criminally-oriented past and whatever their future may hold, the only consistent message prison offers is that they are less than authentically human.

Sure, in this environment, we all have the choice to grow… or not, but the criminal justice system certainly does not highlight the better choices one could make. Nor does it show the incarcerated person how to purposely and positively alter his or her decision-making patterns in order to realize genuine change. This method of “rehabilitation” does not curtail criminal behavior or reduce the recidivism rate. Unfortunately, current models of incarceration and systemic dehumanization actually work to increase criminal thinking and antisocial behavior patterns. But…at least there is nothing on my table now.