What Rehabilitation Means by Eric Burnham 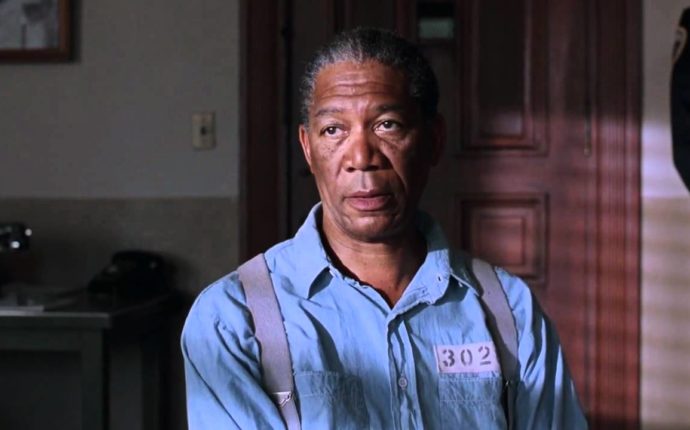 In the movie Shawshank Redemption, one of the incarcerated characters, Red they called him, went before the parole board. He had been in prison for over 30 years at that point, and one of the members of the parole board asked him, “Do you think you have been rehabilitated?”

Red responded. “I don’t know what that means…. I know what you think it means, but to me, it’s just a politician’s word, a made up word so people like you can have a job…” The setting of this scene is the United States in the mid-to-late 1960s. While it is undeniable that the criminal justice system has come a long way since the 1960s, I still relate to that scene.

I have been in prison since 2001, and I don’t blame anyone else for my incarceration. I am in prison as a direct result of my violence, my selfishness, and my irresponsibility. Yet, I have grown and matured in virtually every conceivable way, and I have made some observations about rehabilitation during my journey.

One of the stated missions of the criminal justice system is the rehabilitation of those convicted of criminal activity while holding them accountable for the harm they have caused. The concept of rehabilitation involves returning something back to good condition. Synonyms abound: overhaul, renovate, re-condition, restore, but it seems none of these truly capture what goes on in America’s prisons.

Without question, there are some programs that positively impact the thoughts, feelings, and behaviors of those incarcerated, such as ABE/GED programs, a few basic cognitive-behavioral classes, and even some rudimentary mental health groups. However, none of them wield the depth or intensity to be considered authentically rehabilitative.

The greatest impediment to genuine rehabilitation taking root in the criminal justice system, in my opinion, is not only the ubiquitous tension between correctional staff and the incarcerated men and women whom they supervise, but also the fact that its magnitude is usually kept hidden — it isn’t ever talked about openly, making any solutions extremely enigmatic.

I certainly don’t hold it to be completely the fault of correctional staff. Without a doubt, they have a difficult, stressful, and often dangerous job, and they deal with some of the most unreasonable and violent personalities the country has to offer. The complexities and risks involved with being a correctional staff member do not escape me. I do question, however, whether the adversity and subjugation of the incarcerated escapes those who profit from them.

Genuine empathy and compassionate concern are transformative, not only for those to whom they ar given, but also for those who feel them when serving others. However, they cannot be applied legitimately to a correctional setting without an elevated degree of mercy from those who administer and enforce the rules, regulations, and orderly operations of a correctional facility. Unfortunately, mercy is often misunderstood, and within that misunderstanding lies the fundamental reason for the great gulf that exists between the incarcerated and those who staff correctional facilities.

Currently, much of the criminal justice system does little but warehouse and manage those convicted of crime, rather than treat the substance abuse and violence surrounding most criminal activity. This has created a growing underclass in the United States. During incarceration, “otherness,” “uncleanness,” and “inferiority” are internalized, and after release, pervasive disenfranchisement reinforces them. Mercy is too often perceived as letting someone off the hook or reducing consequences, to pull one’s punches, so to speak. Yet the true nature of mercy involves such a depth of compassion that one is moved to action on behalf of another. Holding those of us in prison accountable for our actions is both redemptive for us and demanded by the communities from which we come. Consequently, mercy requires justice — but the kind of justice prescribed by mercy is restorative, not corrosive.

Correctional staff are trained to put on a persona of authority and superiority when dealing with inmates and assert their authority at every opportunity. This maintains a social gap between themselves (essentially those who represent mainstream society) and the incarcerated, creating strawman stereotypes that make it incredibly easy to generalize the most negative notions of the worst incarcerated person to all incarcerated persons. “These guys are lazy, dirty, manipulative, untrustworthy, and dangerous.” These are statements made regularly about inmates by staff.

Instead of feeling empathy for the moral and social gulf that separates those who have lived a criminal lifestyle and those who have not, instead of learning more about the individual nuances that may provide insight into a given inmate’s behaviors, the situational assessments needed to do these things are too often abandoned in favor of what is easy: subjectively reconstructing the image of every inmate, replacing the diversity of motives and experiences with a singularity of favored presuppositions, a subtle form of rejection that affords correctional staff a feeling of superiority, which becomes intoxicating. This social distance facilitates thinking of the incarcerated in abstract, depersonalized terms.

Sure, we are not tortured — in fact, we are provided for quite well. But we are not treated with the dignity that might condition us to believe we could ever become contributing members of society. We often encounter an insensitive ear and a closed, even locked door when searching for redemption, intensifying the anguish, pervasive loneliness, and utter despondency of being separated from everything we know and love, and everything that knows and loves us.

However, the incarcerated are not blameless. Far too many incarcerated persons view their incarceration as an injustice, believing themselves to be victims, unfairly imprisoned. They operate with an obnoxious sense of entitlement, failing to acknowledge the wake of material and human carnage left as a result of their careless, selfish actions. They will spew anger and venom at correctional staff for the smallest, most inconsequential directive or request, however legitimate. Many inmates push the envelope, looking to manipulate every situation to their favor and even defraud their way into some sort of advantageous special treatment, and when their goals are thwarted, they will flip it, making the correctional staff into the bad guy. Some will even be violent, seeking to harm staff members in any way they can. Far too many incarcerated individuals are perpetually disrespectful, legitimately dangerous, and constitutionally unruly, shirking the authority of staff members at every opportunity.

This seems to be the result of the incarcerated doing the same thing the criminal justice system does to us: Inmates often dehumanize and objectify correctional staff, viewing them not as people with lives and families and a job to do, but as obstacles that keep us from doing what we want to do.

The bottom line is… no one is innocent in the creation of the tension between correctional staff and the incarcerated. These stereotypes are fundamentally inaccurate. All inmates are not irredeemable — some of us take responsibility for our hurtful behavior and are honestly interested in becoming people who do not hurt others in the pursuit of our goals. And neither are all correctional officers full of hatred for the incarcerated. Some are wonderful people genuinely interested in helping those inmates who are committed to becoming productive members of society.

The criminal justice system is broken, and the primary reason, aside from the obvious overcrowding as a result of draconian mandatory minimum sentencing laws and a failed war on drugs, is a vicious cycle of animosity between inmates and staff. And it makes it worse that we do not talk about it. Solutions to problems are not found in the dark. If we could all just give each other a break, accept each other as equals with regard to our humanity, and show compassion, things could really change for the better.

This past Friday, I was taking advantage of this amazing opportunity to take a CPR class. The lieutenant instructing the class actually spoke about this problem. He intimated that for many years he had seen only blue (the color of our uniforms) rather than our humanity. I was literally stunned! I was not offended; I was softened. We all know how we all feel, but when it’s brought into the open, it loses power. This staff member’s vulnerability earned my respect and afforded him a level of credibility that I have not often experienced in almost 20 years of incarceration — simply by acknowledging his struggle to see us as human beings.

I related to his words quite deeply because I deal with the same problem. For the past few years, I have felt my bitterness toward staff, this ball of galvanized disdain in my gut at which I have been chipping, trying slowly to process away my feelings by working to humanize the correctional staff. It has not been easy, but the admission by that lieutenant not only made it a little easier; it made my struggle feel normal as well, bringing me into the fold of society again, even if only just a little. I hope in the future we can do more to break down the barriers between us — after all, we are all human. Understanding that is what rehabilitation means… isn’t it?