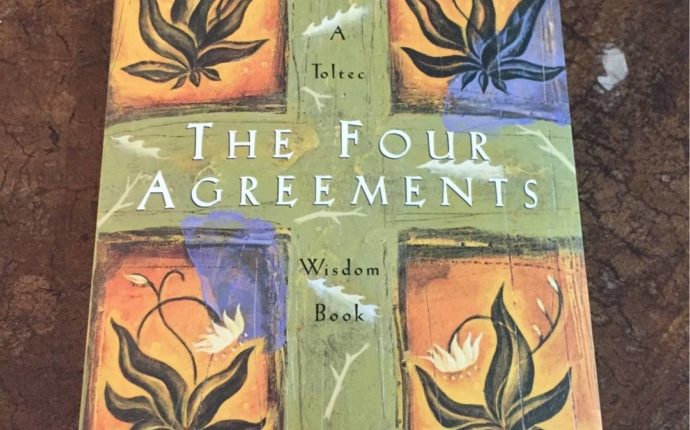 We’re excited to offer the fourth in Eric Burnham’s five-part series on “The Four Agreements,” by bestselling author Don Miguel Ruiz. In the book, Ruiz reveals the source of self-limiting beliefs that rob us of joy and create needless suffering. Based on ancient Toltec wisdom, The Four Agreements offer a powerful code of conduct that can rapidly transform our lives to a new experience of freedom, true happiness, and love.

Assumptions are toxic and corrosive. They erode personality and mental stability, causing people to approach social interactions in a schizophrenic way. A real I-want-but-I-don’t philosophy takes hold. An assumption is something presupposed, something taken as a given based on emotional reasoning rather than logic.

Assumptions prove to be false more often than not. They are erroneous for two primary reasons: First, they are formed with very little information and few actual facts. Second, since they are driven by emotions and insecurities, they almost always flow from the worst pssible scenarios.

Self-confidence and self-efficacy, which is one’s belief in his or her ability to accomplish a given task or perform under pressure, are immediately disrupted by assumptions. Once you assume what others are thinking, feeling, or doing, you’re no longer on firm footing, and you’re no longer in control of yourself. You limit your options. You react to something you don’t know to be true, putting yourself at a significant disadvantage emotionally.

Have you ever thought someone was bad-mouthing you or laughing at you behind your back? You then react to that assumption, avoiding or challenging that person, even though your suspicions haven’t been confirmed, only to later find out you were incorrect in your assumption. You come off looking like a fool, and others begin to doubt your mental stability.

When you make assumptions and react to them, you’re not as confident or decisive as you could be because you’re operating from the emotional part of your mind, which was never intended to drive the train because it does not take factual information into account. It bases decisions on a reality of its own making, rather than objective reality. Repeated occurrences of reacting to your assumptions and later finding out that you were wrong is damaging to the spirit, opening the door for self-doubt to take root in your personality. If not dealt with properly, self-doubt leads to masking and over-compensation.

Masking is essentially hiding from reality, putting on a front and keeping the world away from the real you. But the other side of that coin is that you keep the real you from the world, never allowing your unique light to shine. Eventually, you’ll begin to over-compensate for every perceived weakness in a thinly-veiled attempt to show the world you’ve got it all together, that you’ve got it all figured out. But you don’t. None of us do. We are all navigating life on earth with limited information. We function best when we have as much information as we can get before we make decisions.

Don’t make assumptions about others or what you think others think of you. You simply don’t know, and rushing to judgment does not provide the safety it promises. Gather more information before reacting in your thoughts, emotions, and behaviors. You’ll feel better, and you’ll be far less anxious. Your life goes on either way, but you have the choice to make assumptions or not. Therefore, you have the choice to pursue well-being… or not.