There Are No Words by Eric Burnham 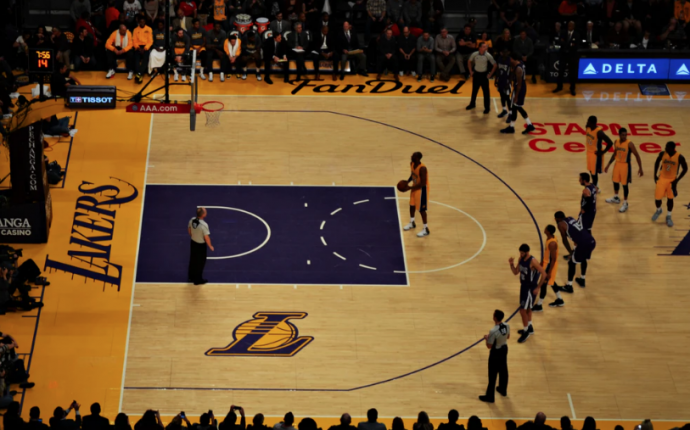 A legend lives no more. Tragically, Kobe Bryant, his 13-year-old daughter, and 7 other souls lost their lives in a horrific helicopter accident. The Mamba is gone! I’m not an L.A. Lakers fan, but there are no word to express how I feel about the passing of Kobe, how his family and friends must feel. I grew up watching Kobe Bryant the basketball player, but after he retired from the NBA in 2016 — with a 60-point, drop-the-mic performance, I have learned so much more about the man, the husband, and the father through documentaries, interviews, articles, and talk show appearances.

This man had depth, to a degree that most people simply do not. While nobody is perfect, Kobe gave everything he was to everything he did. The intensity of his personality was often misunderstood, but everyday he tried to come as close as possible to perfection. The philosopher, Aristotle, once wrote “Excellence is not a singular act, but a habit” (fourth century B.C.). Excellence requires consistency. It demands effort and sacrifice. The pursuit of excellence will cost blood, sweat, and tears, and regardless of the arena, excellence separates the weak from the strong. The fruits of excellence will, quite automatically, transcend the arena in which they were produced, cutting across the boundaries of race, gender, education, or socioeconomic background. Excellence becomes a way of life, and nobody can honestly say that Kobe Bryant did not live an excellent life.

As an elite NBA superstar, one of the best to ever play, if not THE best, a champion, an all-star, and a technician, he awed millions around the world. He displayed not only an uncommon work ethic, but also unmatched skill that grew more lethal every season for 20 years. As a man, he certainly made some mistakes, but he overcame adversity and came back stronger. He gave his time and presence to all. As a husband, he remained committed, working through the tough times and shining through the good ones. For two decades he built a home with his wife Vanessa, and they had 4 daughters, one of whom, Gianna, was with Kobe in that helicopter. She was destined to be a basketball star herself — her father, the Mamba himself, gave his time and skill to nurture her love for the game. Indeed, it was as a father that Kobe perhaps did his best work.

People keep asking me why the death of this man I did not know has affected me so much. I cannot say, except that, in a world where almost everyone seems to be so stunningly self-absorbed, Kobe was not, and I admire that. I hear some guys around me talk about his mistakes, and it makes me sick to my stomach. They are doing to this legend the very thing they do not want done to them — defining him by the worst thing he has ever been involved with. We are all more than the sum of our successes or failures. Why can’t they see? I guess it is true: hurt people hurt people, but I wish they’d leave Kobe out of their psychosis. In the end, like Kobe Bryant, we will all be judged by how we responded to both our greatest successes and our biggest failures.

Again, I did not know this man, but he touched my life. I recently learned that, on the Sunday morning of his death, he attended morning Mass, flying in early to take communion. That warms my heart a little. Although no one can presume to know the heart of another person before God, it is good to know that Kobe and his daughter knew God in their own way. Perhaps God was simply ready to bring them home. Either way, Kobe displayed the heart of a warrior, and for a brief period of time, we were all able to see what that looks like.

Kobe Bryant taught me that if I want to impact others positively, I must care about them even more than I care about myself. Not in the traditional I-gotta-get-mine-let-me-help-you-get-yours type of narcissism so pervasive in contemporary culture, but in ways that develop my own natural talents and gifts, allowing me to become the man I was designed to be. That is the essence of discovering purpose. I always say, “If you wanna shine when everybody is looking, you gotta polish when nobody is looking.” Kobe exemplified that. Thank you, Kobe Bryant, for all you were. The world is a little better for having witnessed your life, and a little darker without you. Good night, Mamba. We will all miss you. My prayers go out for your family and the families of all those who lost their lives in that helicopter. Indeed, there are… no words.

Check out our newest blog post and pass onto any i

One of the most common pieces of art we receive is

Check out our newest blog post and pass onto any i

One of the most common pieces of art we receive is