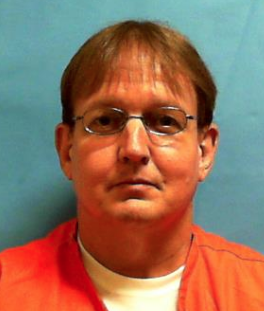 Physical mental and emotional torture. That’s what solitary confinement amounts to. Is this just my opinion from my own personal experience? No – this is scientifically proven. What I’m about to share is scientific testimony out of case law, which you can find on any legal website, under WILLIAMS VS. SECRETARY PENNSYLVANIA DEPT OF CORRECTIONS 848 F.3d 549 2017 U.S. App.LEXIS 2327.

A comprehensive meta-analysis of the existing literature on solitary confinement within and beyond the criminal justice setting found that the empirical record compels an unmistakable conclusion: This experience is psychologically painful, can be traumatic and harmful, and puts many of those who have been subject to it at great risk of long term damage. Specifically, based on an examination of a representative sample of sensory deprivation studies, the researchers found that virtually everyone exposed to such conditions is affected in some way. They further explained that there is not a single study of solitary confinement wherein non-voluntary confinement that lasted for longer than 10 days failed to result in negative psychological effects. And as another researcher elaborated, All [individuals subjected to solitary confinement] will [. . .] experience a degree of stupor, difficulties with thinking and concentration, obsessional thinking, agitation, irritability and difficulty tolerating external stimuli. Anxiety and panic are common side effects. Depression, post-traumatic stress disorder, psychosis, hallucinations, paranoia, claustrophobia, and suicidal ideations are also frequent results. Additional studies include in the aforementioned meta-analysis further “underscored the importance of social contact for the creation and maintenance of self.” In other words, in absence of interaction with others, an individual’s very identity is at risk of disintegration.

Yes, the studies and case law speak volumes about the psychological torture that we are undergoing. I suffer with all of those symptoms. And I’ve often wondered why, not realizing it’s this cage that is causing them. Where is the evolving standard of decency that this country continues to speak about in the Courts, Congress, and Senate? You’re driving men insane! And then murdering them under this false concept of ‘equal justice.’ When everyone knows that a rich man will never enter one of America’s death chambers. Equality is a pipedream, a facade that America puts on for the world. We’ve seen it far too many times, innocent men and women have slipped through the cracks of America’s judicial system, and suffered irreversible harm, in these cages of doom. That’s all this is, a cage of doom! Warehoused for death. There’s no sugarcoating this hellish experience!
So when you wonder why I’m anxious, agitated, compulsive, depressed etc., etc. Well read the report again and again. And then imagine what I go through every single day. For not only do I struggle with this cage, but the fact that my co-defendant/childhood friend the triggerman, is on the street returned to his life, as I sit here, now second guessing myself on not accepting the plea bargain that was offered to me, which would have set me free in 2015. Yes .. should have, would have, could have! The fact still remains, that this cage, this treatment is inhumane and unbecoming of THE UNITED STATES OF AMERICA! For this inhumane treatment is perpetrated in the name of God, justice, and the American way.
Just wanted to share and give you some insight into an experience that I pray you will never experience. God bless.
In peace and love, Ronnie

Raiford, Florida 32083
← Prev: There Are No Words Next: Jpay Changes in Response to Visiting Suspensions →