Throw Away People by Connie Bergstrom 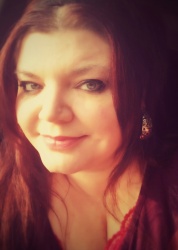 It’s not until you live this life on the outside looking in,
that you find out how messed up it is.
I have heard “our people” called the throw away people.
It has always stuck in my head…
We were not created to be trash!
We are human. We come with flaws. Society scars us.
Mistakes give us character.
We are gypsies, dreamers and vagabonds.

If we lived in a perfect world how boring and unfulfilling would that be?
I personally would not want to be in a perfect world.
If I did I would have never met my husband.
Although incarcerated, he has given me undying love and devotion.
He has opened a new world full of strength, unconditional love, hope,
and promise for a great future.
He has been my best friend; my heart will always ring true to him.
He always shows me how far I’ve come.

As far as I’m concerned, the world needs more of him.
He has great heart, is full of life, despite where he is;
In a place full of darkness evil and violence,
Where one can easily be consumed by the beast that lurks around each corner.
All he needs is love.
The creator does not make “throw away people.”
Nobody is trash.

Take the man standing on the corner holding the spare change sign.
He fought for you and me in Vietnam.  He saw his friends die.
He has seen horrible, horrible things that you and I don’t even see in our nightmares.
He came home only wanting love.
He instead was spat on and called baby killer.
Nobody would help him not even the country he almost died for.
So now there he stands in handcuffs, awaiting his escort to prison,
for stealing things to feed his family.
Still needing love.

The young woman that everyone wants to be in high school?
She’s now living on the street;
Thrown out of her dysfunctional home by her alcoholic parents.
She put on a show then, but now everyone sees the aftermath;
her body in a full blown rage.
Selling herself to make ends meet and to get her next fix.
She needed positive guidance, now she’s in a DOC uniform.
All she needs is love.

These people are still special, though they fall through the cracks.
We are subject to the same thing; we can become addicts, we have mental disorders and get down on our luck just as they are.
Do not judge them. Help them!
Just as we would want help.
We are not throw away people.

Your support makes a difference for prisoners this giving season

Thanksgiving is tomorrow, and Giving Tuesday follows quickly after. If you haven't selected a nonprofit to donate to...

Our dear friend Tricia in Arizona is looking for a little help to brighten the holidays for as many as 40 other...

Our Friend Ryan’s Podcast, The Shakedown

Friend of Adopt an Inmate Ryan Forbes has a new podcast, The Shakedown, and it's great! From Law and Order reruns to...