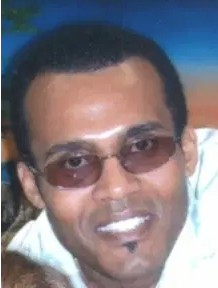 Born and raised in Yakima, Washington. And here I reside today, a prisoner at the Washington State Reformatory in Monroe, Washington. I’m currently working on two self-help books: “Lovehappy” (a relationship handbook based on religious principles) and “The Scrabble Dojo: Defensive Strategies for Beating Any Opponent.” After drafting and submitting a 52-page appellate brief (on 3/4/18) on my own behalf because my prior three appellate attorneys were ineffective in overlooking a case law I could have won on in 2006, I hope to be released sometime this year. God willing. Jacob J. Gamet #883302 Monroe Correctional Complex - WSR PO Box 777 Monroe, WA 98272


At WSRU (my gated community), we get one day out of the year to turn up — on New Year’s Eve. Unlike the free world, though, our New Year’s Eve venues are “party of one” (or two if you live on the 4th tier and have a cellie) from inside our cells. Still, our open cell bars provide us auditory portals to celebrate together in true WSRU spirit and fashion.

To be honest, my first New Year’s Eve at WSRU caught me off guard. I was surprised when guys started turning up their portable stereos full blast, which is normally prohibited throughout the year and noise violators are punished with potential 48-hour confiscation of their peace-disturbing electronics. But it was like a collective jam session across four tiers.

The festivities began with a “volume 12” mashup of bass-laden rap music, fast tempoed and trumpet-blaring Mexican music, guitar-thrumming country ballads, and head-banging rock music. There was even some foreign music in an unknown language. Our Monster Ball lasted from 9-ish p.m. and went on till about 1:30 a.m. And to be honest, the late-night raucous was unexpectedly liberating.

The manner of celebration reminded me of the tribal nature of Lord of the Flies. The children were free to answer the call of the wild, a form of expression that’s muffled by the cultured refinements of civil society. Likewise, New Year’s Eve serves as a modality for guys to engage in unfettered, etiquette-less expression.

Guys scream-sing the lyrics to songs (losing their voice in the morning). And as midnight approaches, the noise increases in intensity. Minutes before 12 some will start slapping their cell signs against their bars, and some signs are broken in the morning.

At 12 a.m., the celebration crescendos with Happy New Year yells to one another, as though members of a de facto club of time walkers, walking (or marking, rather) off one more year before they can return to society and rejoin loved ones. It’s a remarkable moment of joy, as well as a saddening reminder of their separation from loved ones. So, in one sense they feel a connection, and in the other, deep and abiding loneliness.

Some years, WSRU administration tried to stamp out our fiery celebrations because things got out of hand. As with any group celebration, there is always the potential for the group to develop a mob mentality and celebrations going from constructive to destructive.

Before they installed cameras on the walls across from our cells, guys would get caught up in the hoopla and throw toilet paper, shredded magazines, water, and even condiments from their cells and onto the floor. There’s also a few things I won’t mention that they jettisoned. I’ll let your imagination color what they might have been. Lol.

I woke up one morning after and it literally looked like someone blew up a parade float, leaving one foot of debris everywhere. It was funny to the guys, but the sergeant was far from amused. She threatened to infract anyone who threw stuff from his cell but refused to join her cleanup crusade.

Some years we played cat and mouse games with floor staff. Administration wanted to stop the loud music one year. So they ordered staff to find out who was playing music and confiscate their stereos. But guys would hold their mirrors outside their cell bars, and when they spotted staff approaching, they’d quickly turn it off. Staff were virtually tiptoeing then running down tiers to catch guys. But other guys would alert them with short, loud-pitched police siren noises, indicating staff was coming (our very own neighborhood watch program, lol). Exhausted from sprints, the guards sensed the futility of their efforts and gave up. Ohhhh, those were good times.

This New Year’s Eve will likely be much more subdued relative to past ones. Nonetheless, I look forward to our quasi-Breakfast Club opportunity to let loose without Big Brother crashing our New Year’s Eve party.

Well, that’s how we throw a New Year’s party at WSRU. It might not be as extravagant and eventful as we’re accustomed to in the free world, but it has special meaning to us who look forward to getting one year closer to those we love.

In light of COVID-19, remember to party hard but safe.

← Prev: Christmas in prison by Derrick Martin-Armstead Next: Good morning, 2021 →

I recently read this July 2020 article written by David Waldstein about whether racial slur words should be officially...